So here’s how it went down. On a recent Monday Seth and I saw our friends Stacey, and her daughter, Josie, in the supermarket parking lot. Stacey was walking swiftly, noteworthy because of her recovery from hip surgery in September (days after my own knee surgery, so we had lots of chats about pain management and Netflix) had been lengthy and involved. Just a couple of weeks prior, she was still using a single crutch to get around.

“Look at you!” I exclaimed.

“Yes! I got cleared to ski today! I can ski!” She was thrilled. This was months ahead of schedule. “I’m going Wednesday.”

“I would love that!”

The two children, best of buds, began an impromptu chorus of “It’s not fair,” since, of course, they’d be at school that day. “There will be a skiing play-date, soon,” I promised them. “But Wednesday is Moms’ Day!”
Which is how we found ourselves giddy at the prospect of skiing groomed runs only (per our respective physical therapists) in single-digit temps. I won’t lie, there were powder turns to be had on the sides of a few runs, and we grabbed them. 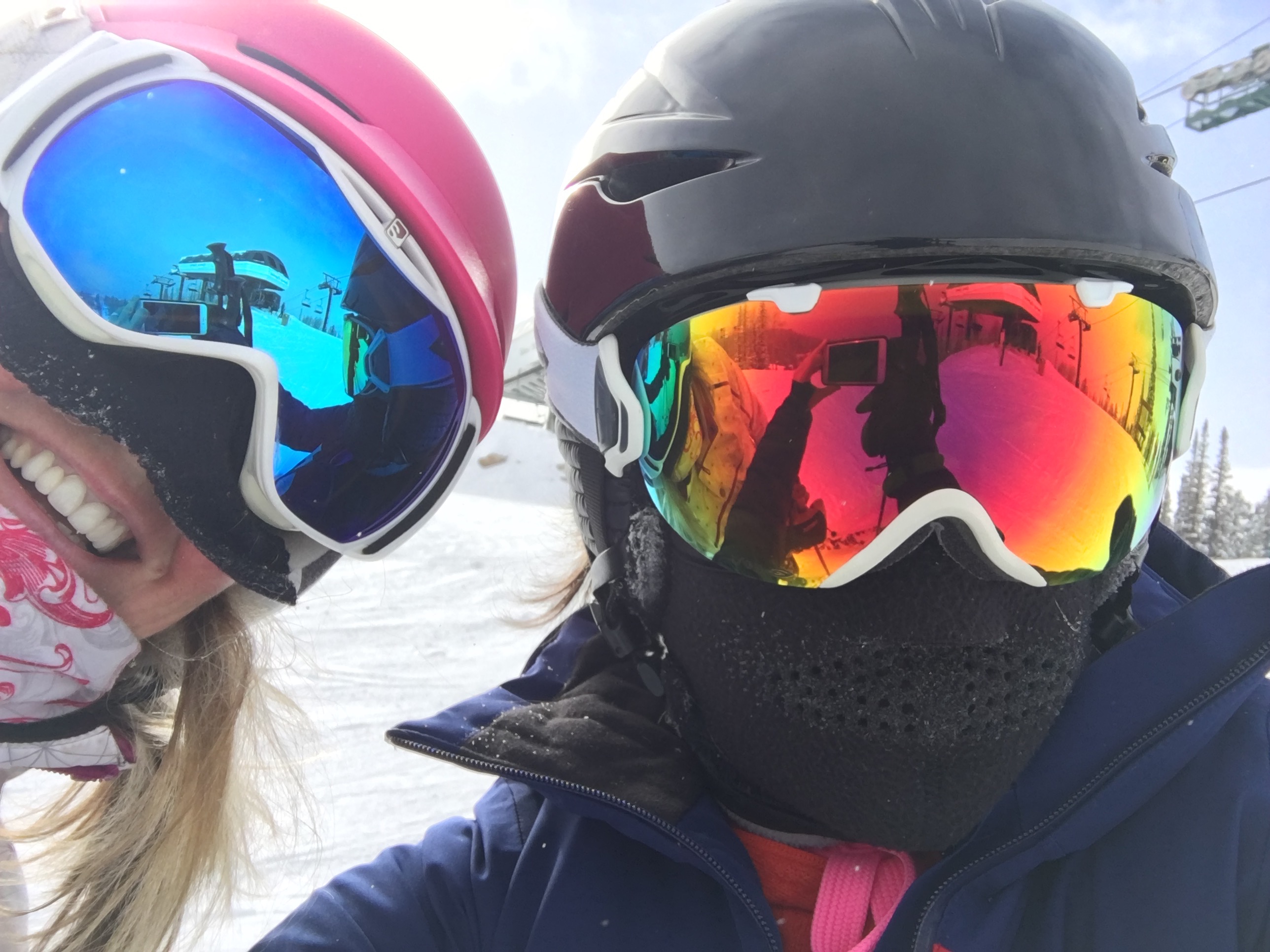 On chairlift rides we puzzled over our most recent parenting dilemmas, plotted out our runs, compared equipment and analyzed the effect of that our new boots had on our skiing. Stacey had been fitted for hers that very morning. Mine, while I acquired them last season, didn’t get the attention they deserved. I injured my knee about a week after I bought them, rendering every subsequent ski day “one run and done,” for the rest of the season. “The way you’re skiing looks like the way I feel skiing, today,” Stacey said, “effortless.” Which is exactly how it felt. Three cheers for the well-fitted boot. We both commented that our physical therapy had made us stronger skiers because there was a lot of focus on hip strength. We felt more comfortable holding our hips correctly over our boots. For my part, the boot itself is the reason I’m able to ski comfortably on a knee that isn’t necessarily 100 percent ready for prime time.
Truth is, we were having so much fun and feeling so great that we had to force ourselves to recognize the fact that we were cold. Super, duper cold. On our last runs before lunch, a gentle flurry turned into a proper snowfall, and we got just enough fairy dust to lead our cold toes toward Silver Lake Lodge.

We were so exuberant as we docked our skis that the people around us started chiming in on our conversation, marveling at how the conditions rendered the cold nearly irrelevant— proof that there are no strangers at Deer Valley.

We hustled inside and made a beeline for Bald Mountain Pho, and, yes, I made lots and lots of jokes about the skiing being Pho-Nominal. And, for the record, so was lunch. 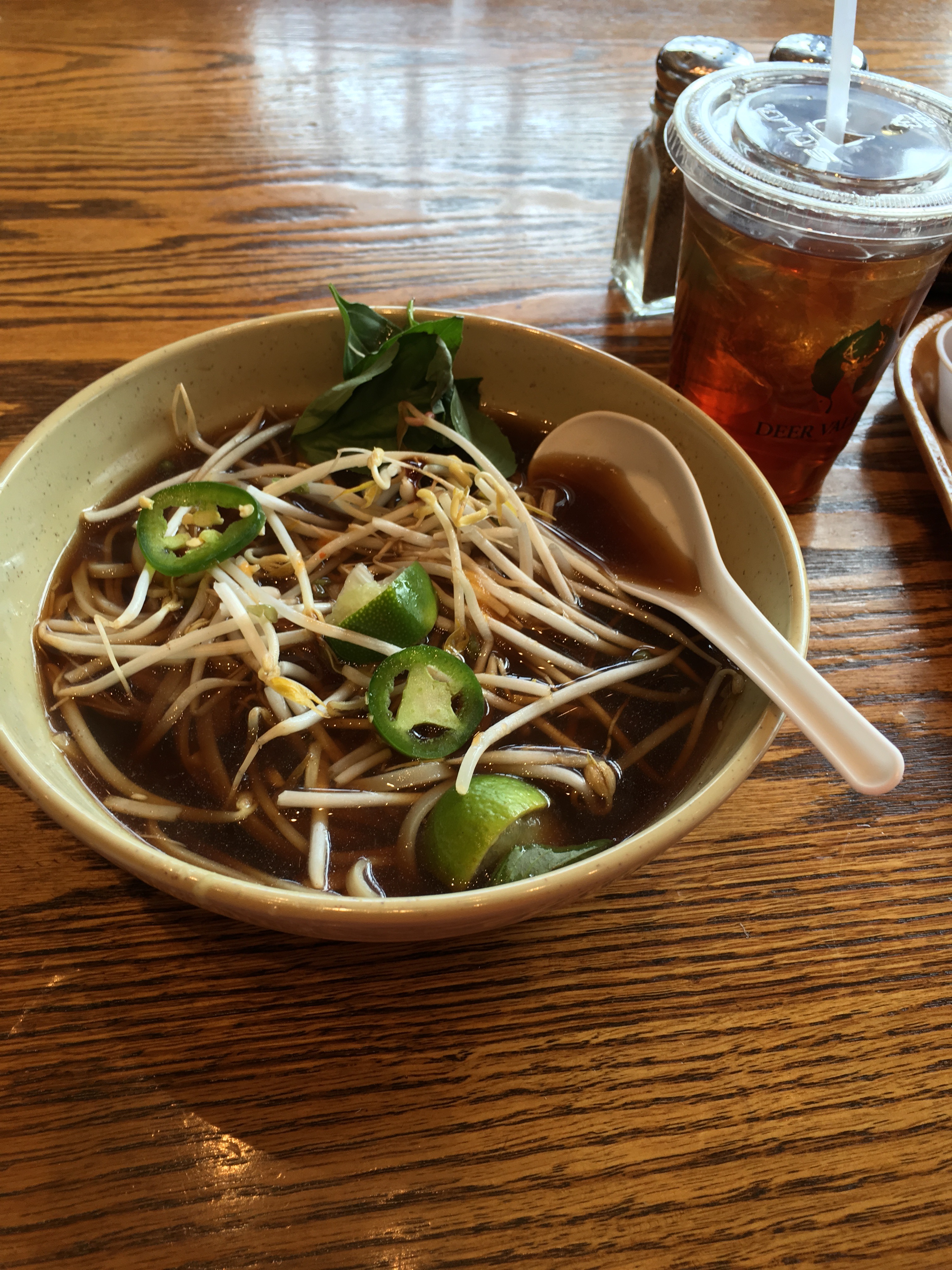